Oldham Brewing Company (OBC), a microbrewery with UofL connections, is preparing to make its debut in Prospect, Kentucky in the spring of 2022. The business was born from the collective passion of MBA student Steve Cayton, alum Brad Conrad, and brewer John Fee. All three are volunteer firefighters in Oldham County. Conrad is a fourth-generation firefighter whose family roots are rich and firmly entrenched in Louisville, while Cayton and Fee are transplants. Cayton moved to Goshen a few years ago but quickly became a fixture in his adopted hometown. From volunteering with the local humane society to being a fireman, his affection for Oldham County is palpable. “I love Oldham County. I feel like I’ve become ingrained in the community.”

Taking brewing from a hobby to a business has evolved over the past year. Fee has been a longtime enthusiast, but Cayton and Conrad saw an opportunity to take these beers from the firehouse to the public. For OBC, the focus is on creating approachable beers—an accessible gateway to the world of microbrews. “John does a great job with the brewing because I feel like when you start talking craft beers, it can be really polarizing,” says Cayton. “He’s targeting a sweeter finish on most of our beers.”

Putting the Oldham in OBC

Further underscoring a customer-focused drinking experience, OBC looks to fill the need for a local pub in Oldham County. As these plans began to take shape, Conrad connected OBC with GlenOaks Country Club. The club is in Prospect, on the border of Jefferson and Oldham counties.

OBC offered GlenOaks a unique proposition—an in-house microbrewery that would serve both club members and the local community. With the country club looking to re-open and re-imagine club space post-pandemic, it’s a win-win for both OBC and GlenOaks. Managing partner/club owner (and UofL alum) Jamie Miller is excited about the partnership. “It’s likely to be one of the unique golf or country club experiences I know of…we are fully supportive and feel as though if OBC is successful, it can only help GlenOaks.” The country club will provide both spaces for brewing and bar staffing for OBC, while the microbrewery will provide the beer. “If you talk about mentors, I have leaned on Jamie and his experience,” says Brad Conrad. “We want to introduce people to our beers, but we also hope that people look to join GlenOaks.”

An MBA for OBC

Cayton, Conrad, and Fee have leveraged their experiences and connections with the hopes of making OBC successful. While Fee’s law background helped the trio clear licensing issues, Conrad’s UofL degree ultimately led him to Humana and to invest at GlenOaks. While his background is in sales, the microbrewery motivated Steve to go back to school for his MBA in August. Even in his brief time at the College, both his faculty and cohorts were offering insights and suggestions for OBC’s launch. “I’m in micro econ now, and I’m thinking about what we’re discussing in class and already working it [into OBC],” says Cayton. “This is a new venture for us, and I think it helps that UofL has a local investment in the people and community… there are plenty of opportunities to learn from each other.” OBC also credits the Kentucky Guild of Brewers and Louisville nano-brewery Gallant Fox with advice and support.

There’s a sense of solidarity that comes from being volunteer firefighters. It’s a bond born from a need to serve the community—offering support and assistance at people’s most vulnerable moments. As the fledgling microbrewery readies to open its doors and taps, there is a palpable excitement to serving the community differently; by becoming the watering hole (and brew) of choice for Prospect and beyond. “I feel like Oldham County just wants something like OBC that can be theirs,” says Cayton. “If you look at our logo, our Kentucky roots are there—it’s the lid of a bourbon barrel…for us [this venture is] ultimately about Oldham and brewing.” 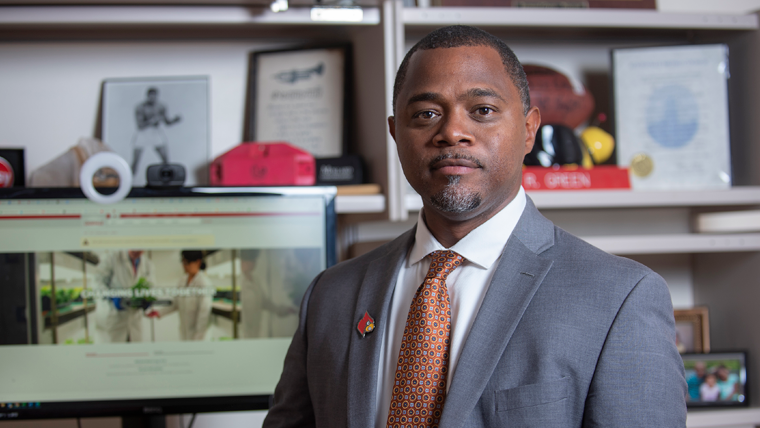