Camilla Schroeder always knew she was going to be in business. Her family owned and operated a company, there was always talk of business dealings at the dinner table, and in 1990, she received her BS in Business Administration from the College of Business. After a lifetime of career prep, both inside and outside the home, Camilla knew one more thing to be true: she wasn’t going to fail.

Camilla Schroeder is president of Advance Ready Mix Concrete, the only locally family-owned ready mix concrete producer in the Louisville/Southern Indiana market. If you haven’t heard of them, you’ve likely benefitted from their services in one area of the city or another. They supplied the concrete on the University of Louisville’s KFC Yum! Center, downtown’s Waterfront Park and skate park, Norton Commons, and most recently, the East End bridges.

“That elevated the team that I have… we had to up our game,” Schroeder says of the bridges project. “We were a small company… we had to figure out how to do it. It was quite risky, but we were able to do it… I think we provided a great product for the state and it showed that we were able to accomplish something like that.”

Upon graduating from UofL, Camilla’s first job was with General Electric (GE) as a customer service representative. After a year and a half in that role, she was ready for more, and moved into Customer Financial Services. Her time at GE showed a different corporate world than the one she’d grown up knowing, and what she’d learned had been a stark contrast.

“I found that cutting people was a very easy thing for a big corporation like that to do… I just thought this [wasn’t] really what I was looking for. I didn’t want to live my life not being in control of my own destiny.”

Success for Advance Ready Mix in recent years has been hard fought and won. The company was started in 1979 by Camilla’s father, Bill Abel Sr., and uncle in response to the frustration of finding a ready mix supplier that operated on a customer’s timeline outside of normal business hours. The company struggled through the 80s, but just as the 90s began and business started to grow, Bill Abel Sr. was diagnosed with a brain tumor.

With her father’s diagnosis, Camilla saw an opportunity to be sure her father’s work continued, as well as an opportunity to build a meaningful career that treated each employee as more than a number. She started with Advance Ready Mix towards the end of 1993 as general manager and spent the next three years working alongside Bill Sr., soaking up all the time and experience she could with him.

“He was a great role model, a huge influence, but I think maybe the most precious thing was that I got to spend [about every day with him]… I can never replace that time.”

In early 1997, Camilla took over as president upon Bill Sr.’s passing. With the insight she had gained from their years working together, she began carving a path through an industry not frequented by women. Since taking over, she’s doubled the company and stands out against the competition.

“I never felt like I could fail,” Camilla says of taking over the reigns. “I think I looked at it as I was the only female ready mix producer, so I think people would remember that.”

In her time in the concrete and construction industry, she’s seen the percentage of women grow too. When given the opportunity, she likes to share her experience with women coming up in the business. Her hope is that by sharing her experiences and lessons learned, she can provide a step up for others like her. “I think it’s only going to become an easier path as it becomes more of a norm to see females in the industry.”

Camilla has also seen firsthand how close failure can come due to circumstances outside your control. When the financial crisis of 2008 hit, Advance Ready Mix saw its workforce reduced from around 85 people to 35. The staff who managed to stay took on up to three times as much work as the company tried to navigate a treacherous time. “[Advance Ready Mix is] not a huge company… Somehow, we just figured out how to do it, how to make it, how not to lose so much money that you couldn’t survive.”

She rates this as one of the most challenging times in her career as a leader and one of Advance’s biggest accomplishments. Since that time, she’s remembered what enabled them to come out on the other side and carries that lesson forward. “We had made some good financial decisions, we didn’t have any debt at the time, so that enabled us to survive in part. So always, that’s in the back of my mind too, when we talk about going into debt for certain things.”

Having experienced the kind of roadblocks that can inhibit success in multiple ways, Camilla believes in developing opportunity for others.  She sees giving back as the responsibility of all, both as an individual and as a company.  Personally, she serves on the College of Business Board of Advisors in addition to multiple community boards, including GLI’s Executive Committee and the Louisville Metro Police Foundation. From a company standpoint, she’s ensured that Advance Ready Mix elevates others who may need a little extra help.

“I find something that I should be doing is [trying] to hire people who need the opportunity, so we [hire] and [train] people actually… We’ve sought out people who needed a hand up…we would pay for their driving license and then in turn, they sign a contract to work with us for a few years… It’s phenomenal.”

While pushing herself and her employees to help the community where help is needed, she also stresses the importance of preparing oneself to work hard, especially for recent graduates and women in leadership. She advises grads to remember that they will have to work hard and find the unique ways to set themselves apart.

She understands that while sometimes help needs to be given, it also has to be sought.

“Ask for help,” she recommends. “When you can learn from [others] who are doing what you’re doing, there’s always the opportunity to improve yourself.” 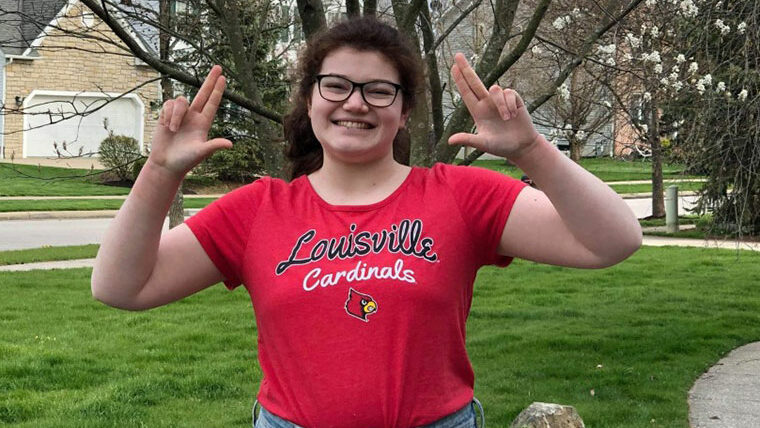 The Art(s) of Business 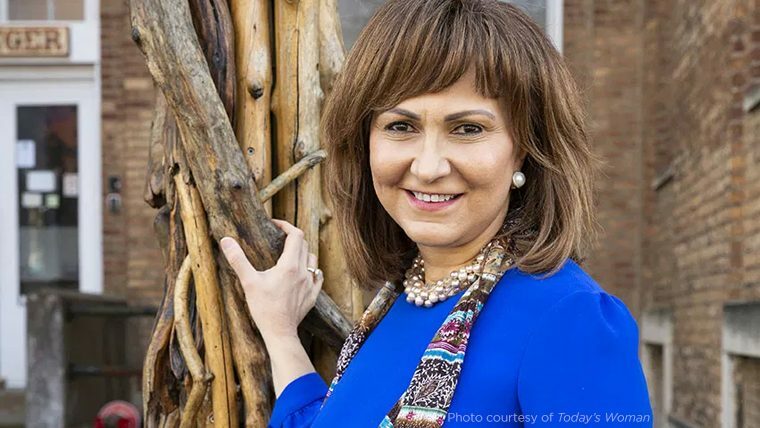