Some people think it looks like a dragon, while others see a cardinal bird. And perhaps fittingly for an institution of higher business education, still others see the bull and bear of the stock market. Whatever you see when you walk past Big Red, the striking sculpture outside Frazier Hall, is open to interpretation. And that was the concept all along.

Big Red was created by Louisville artist Tom Lear in 1989 and was dedicated in the spring of 1990. According to various local media reports and campus historical archives, the project was conceived by such illustrious College of Business alumni as philanthropist and arts patron Jane Morton Norton (sister of longtime Kentucky politician Thruston B. Morton, whose family played a role in the foundation of the Filson Historical Society) and her nephew T. Ballard Morton, as well as then-assistant dean Jane Goldstein. It is now surrounded by the Entrepreneurship Circle of Fame wall, which highlights legendary entrepreneurs with ties to the College of Business.

“The idea was to create something that would be eye-catching and fun to look at, that would symbolize the power of creativity, and… suggest possibilities rather than solutions,” said T. Ballard Morton at the time, then-Executive in Residence of the College of Business. He is also a member of the Entrepreneurship Circle and Founder of the College’s Cardinal Challenge business plan competition. “I think Big Red fulfills these desires and serves as a joyful inspiration to us as we meet the challenges of change and growth.”

Goldstein had been buying art for the building from early on, trying to promote Kentucky artists, and was familiar with Lear, who ultimately earned the commission. As the project developed, Lear said, “The goal was to show the excitement of the business school and the interaction of the School of Business and the city of Louisville.”

Lear, who passed away after a sudden illness in 2000 at the young age of 53, made his reputation on other notable installations at the KFC headquarters, the James Graham Brown Cancer Center and Centre College in Danville, where his “Ex Astris” sculpture (which means “from the stars”), created in 1978, resides outside the Regional Arts Center building. It took Lear nine months to create Big Red, which is 24 feet tall and weighs three tons. The only facility that could handle the painting job was an auto dealership. He joked that he lost a couple of pints of blood while working on the project after he “cut off a little bit of his toe and burned himself severely while welding.” He said it took him two weeks after the project to return to feeling normal physically and mentally.

Lear, a true artist with an interesting background, said, “my job is to transform physical matter into the spiritual.” A Louisville native, he attended three different high schools in four years, and although he graduated from UofL with a B.A. in Fine Arts in 1971, it took him 10 years, working odd jobs in between. He later earned an MFA from Carnegie-Mellon in Pittsburgh. He was the studio assistant to the late Sam Gilliam, an internationally-renowned artist whose work was recently featured at the Speed Museum (https://www.speedmuseum.org/exhibitions/sam-gilliam-1933-2022/). Lear’s father owned and ran the W.T. Lear Fence Company, which he said taught him general building skills and a “Great Depression” work ethic.

His home studio on Barrett Avenue was reportedly an extension of his personality. “It almost qualifies as a sculpture itself,” according to the Courier Journal in 1979. It included welding equipment, metal-cutting devices, hoists, and other tools. According to local blacksmith and friend, sculptor Craig Kaviar, the studio was built around a tree that had grown indoors, which had gained the attention of building inspectors and nosy neighbors.

“Everybody is friendly here except perhaps for one lady who keeps sending the zoning board,” Lear said. “They’ve been here half a dozen times.”

Big Red was installed on one of the coldest days in December 1989, with last-minute complications with the crane, moving trailer, permits, and securing a police escort. The trailer had a flat tire on the expressway, and one of the cranes broke. Even after Big Red was secure at its resting place on campus, Lear found himself helping a friend fix another flat tire later that same day.

Lear’s creation quickly gained admirers within the College of Business. “When I came around the corner of the music building heading to the business school and saw it, I almost ran off the road,” said Morton. Goldstein added: “I find the sculpture delightful. It shows the School of Business is a progressive, exciting school on the cutting edge, and…that we have a sense of humor.”

Big Red has become a permanent fixture on the northern side of Belknap campus, and to this day, it surprises and inspires. Hopefully, this would give its creator some satisfaction.

“More than anything, I hope people stop and take a look at it,” Lear said at the time. “After they walk by it again sometime in the evening or even 10 years from now, I hope they see something new that surprises them.” 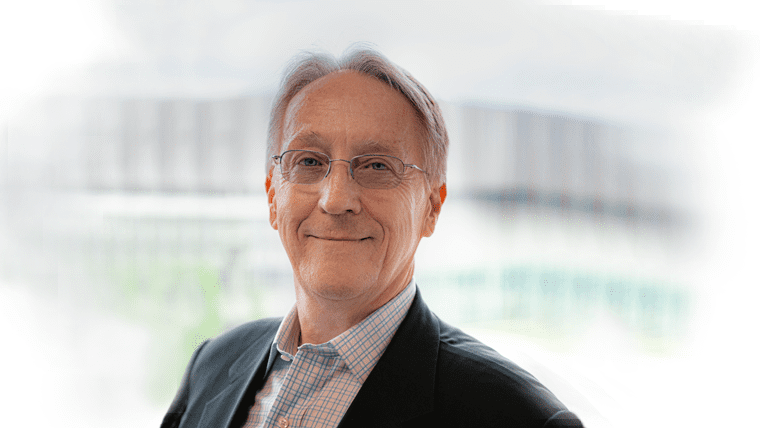 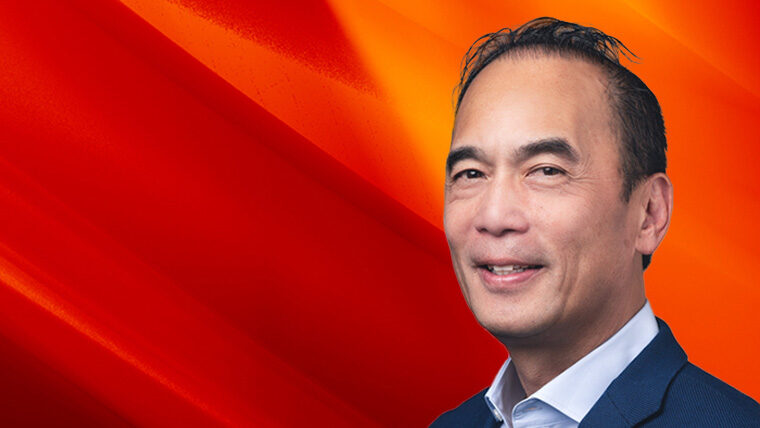