Elshadai Smith Mensah, ’19 has grown a lot during her time at the University of Louisville College of Business.  As a marketing major with minors in both entrepreneurship and management, she admits being happily driven to excel. Keeping her grades up while being involved in her sorority, student leadership, and in the campus community hasn’t always been smooth or without setbacks. However, she says it’s been worth the effort adding that the difficulties have contributed to her personal growth as much as the achievements.

Both of her parents migrated to the U.S. from Africa, later bring her grandparents. Then, after becoming American citizens, her parents had Elshadai making her a second generation American. She was born in Toledo, Ohio and raised in Ashland, Kentucky.  Coming to Louisville for college, the big city, was a vast change.  Elshadai entered college with excitement, enthusiasm, mixed with a touch of anxiety when thinking about leaving her hometown, friends, and family. So when she arrived, she immediately got involved on campus —something she now claims as an essential factor in her successful college career.

“I love to be busy and be involved,” she said. “It’s really important to get connected in student life and not just in my classes. College is more than just the subjects you take; it’s about growing as a person and exploring possibilities.”  This involvement includes Alpha Theta chapter of Sigma Kappa; Engage, Lead, Serve Board; Study Abroad; Freshmen LEAD;  2017 Profiles in Leadership Award; Homecoming Queen; PEACC Keeper Award; and Portland Elementary Lemonade Day.

But college life hasn’t always been smooth sailing. By her junior year, she was involved in so many activities that she felt she might have lost perspective on her goals.

Elshadai explains, “Last year was an eye-opening experience for me. As a junior, I had gotten caught up in doing a lot of things to build up my credentials. The tipping point was when I ran for student government and lost.”  She was trying to make a difference on campus, but not taking the right path for her personality and strengths!  She was really disappointed that she put a lot of effort into it and it still did not work out. She felt it was an experience that helped her grow.

After that setback, she took some time to reflect. She realized that her time at UofL was an opportunity to build a life path that matched her values. So now, when asked what she wants to do when she graduates, there is no hesitation. She answers that she wants to use her business education and experience to do something to help people.  Taking the lead from role models in her life, Elshadai is motivated by impact and community service, not money.

Among the many role models she admires, two specifically come to mind. One is her Dad. Growing up, she watched and helped him as he strived to better the lives of others. Not just individually, but with large-scale efforts that worked to improve whole communities and countries. Now at UofL, she describes being blessed by meeting another role model, Assistant Professor of Management, Jenna Haugen.

Dr. Haugen’s class, Corporate Social Responsibility, was life-changing.  Elshadai liked the interpersonal aspects of being involved with people.  The Lemonade day project especially inspired her. The project was tough, but it changed her attitude and opened up new possibilities for her future. Possibilities to have a career that would allow her to help others in a meaningful way while using her business skills. Her passion to make a difference is a driving force in her desire to explore a career in social entrepreneurship.

She realizes it may be hard to get involved with all of the commitments and deadlines in college, but advises that it is these experiences that produce personal growth and open new opportunities. 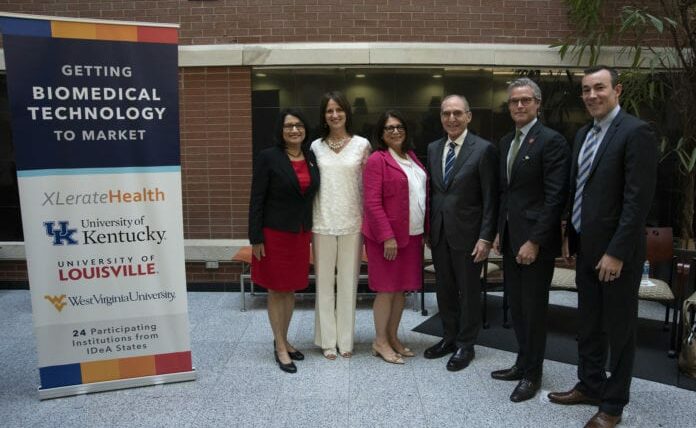