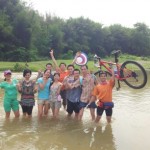 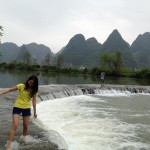 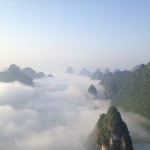 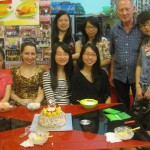 After 5-weeks of exciting adventures, I am finally heading back home. I have learned so much more about my own culture and the friendship that exists among Koreans despite the “busy-ness” of city life. In one of my classes, “Globalization & Multicultural Studies,” we studied and analyzed different countries’ cultures based on Hofstede’s dimensions. The one dimension that I felt deeply in Korea was the Individualism & Collectivism. It should catch none of us in surprise to find that US ranked no. 1 in individualism; Korea was on the other spectrum near collectivism. Friendships – no, rather “oojung” (which does not have an english equivalent) – I have made in Korea are bound to last beyond the incredible distances. The four-day Japan trip was an excursion of its own in midst of the heat & ridiculously expensive items. The temples and the gardens were beautiful, but the reflection on the Japanese way of life and the importance of language were more profound.

All in all, among many things I have learned, I have learned few major lessons:
1) Study – both the academics & the culture (which includes language!).
2) Create friendships that will last (be yourself as you do so).
3) Travel more (this includes studying abroad!)- the more you see the world, the higher you’ll go and achieve bigger things.

For anyone in doubt, study through the International Summer School at the University of Seoul. The initial application process may be tedious, but every minute of that grudging work is definitely worth it.

There are many cool things about Seoul, Korea. Of course, the city-life is vibrant & the traditions are beautiful. There are so many people & just so many things to do. (Please check out the pictures!)

Besides that point, this University of Seoul International Summer School (UOS ISS) allowed me to meet students from all over the world – Sweden, Germany, Canada, China, Japan, Portugal, and so many more. The thing that struck me the most was the linguistic capabilities of the Europeans. They know their native countries’ language, English, and one,two, or even three other European languages near their home country.