This past weekend was only the second time since I’ve been in Florence that I didn’t have much of anything to do, and really nowhere to go. Sometime earlier this week Jen and I were talking about wanting to go somewhere for a short day trip, but had no idea where exactly we wanted to take off to. The plan started out as maybe taking the day to see Bologna which is a small town a little north, and right outside of Tuscany.
Chelsea met us at our apartment at 10:30 on Saturday morning and we left soon after. We hadn’t checked train times but since most trains run every hour, we didn’t think it would be much of a problem. On the walk to Santa Maria Novella (the Firenze train station) we couldn’t help but talk about how beautiful a day it was. Honestly the nicest day we’ve seen here yet. The idea of heading north on such a warm day didn’t make much sense so we decided the best thing to do was look at the departures on the board once we got to the station and head anywhere that seemed inviting.
So it was decided then. We would get to the station and get a ticket to anywhere. But not before we picked up a cappuccino and a chocolate croissant on the way.
Ok. Beautiful day, check. Great friends, check. Perfect cappuccino, check. Now all we had to do was figure out where we were going.
“How about Lucca?” Nah, Jen is going there with her parents when they visit.
“What about Pisa?” No thanks, already been.
“Oh! Maybe we should head back to Venice and see it in the sun.” Ok, Ok, to expensive.
“Wait, what about that place? What does that say? Livorno? Never heard of it…” Well based on the cartoon picture on that cheap little tourist survivor, it looked to me like it was by the water, and the train left in exactly eight minutes so if we hurried we could leave right away. So it was decided. Livorno it was. Perfect. And we’re off.
The train ride there was about an hour and a half but the three off us managed to keep the conversation going so it wasn’t a bad ride at all.Â  Once we got there we realized we had no idea where to go or what to see so we thought it might be best to get a map. The maps at the train station were â‚¬7! Good joke, There is no way I was spending $10 on a map that I needed for a day. So we vetoed the map and just started walking.
It was deffinaintly much less of a walking city than Florence, but the weather was so beautiful, we didn’t seem to care. After walking for about 15 minutes we saw a cute little park. 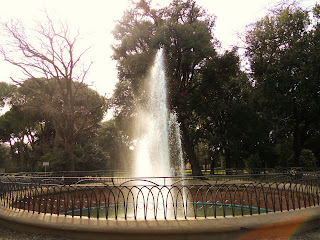 The sun was shining through the trees and there were fountains and animals all throughout the park. We decided to stop and take a look around. After all we didn’t have much else to do. It was the cutest little quiet place with chicken coups and playgrounds. There were turtles in the ponds and dad’s kicking soccer balls with their kids. There were even a few people playing guitar. 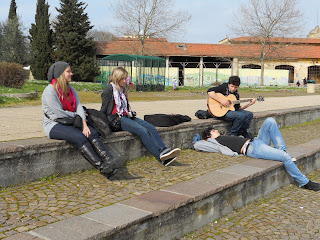 If I could have stayed there all day I would have, but we still wanted to find the ocean. So after I convinced Chelsea that it was a little awkward to creep on the 14 year old boys playing guitar in the park, we moved on toward the beach. Well at least that is what we though.

We walked for probably another 20 minutes before stopping to ask if we were even going the right way. Sure enough we were only about 15 minutes shy of reaching the water. Ok, so a pretty far walk for the beach on a day that isn’t even warm enough to get in the water, but who cares. I’m in Italy with nothing better to do that take in the day! 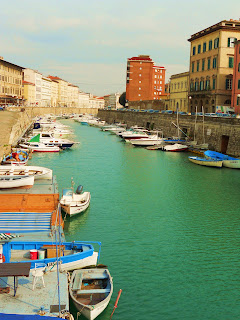 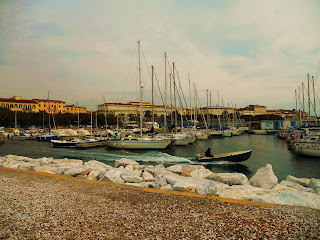 We finally reached the water at a boat port with sail boats, fishing boats, and yachts. Absolutely beautiful! But wait, where in the world was the beach?

Well come to find out there was no beach. So what did we do instead? Oh you know, just climbed through some broken down fences by an old abandoned hotel so we could walk out on the rocks by the water. 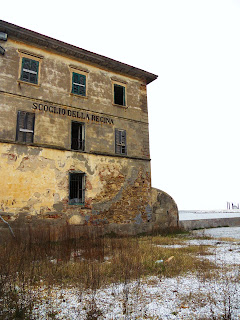 Once the obstacle course was defeated the view was absolutely breathtaking. 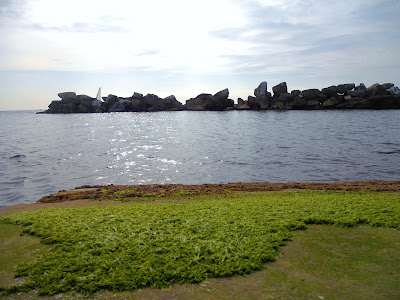 We spent the rest of the day playing on the rocks and taking it all in. I never could have imagined that buying a ticket to nowhere would turn in to pretty much the perfect day. 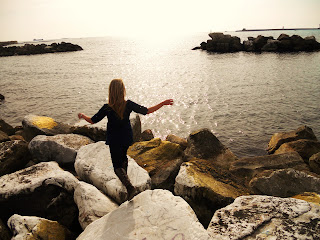 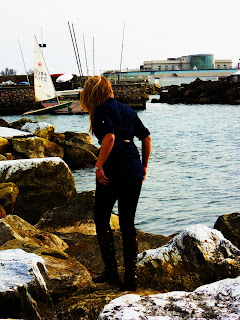 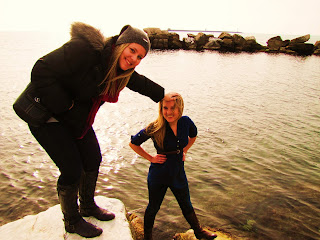 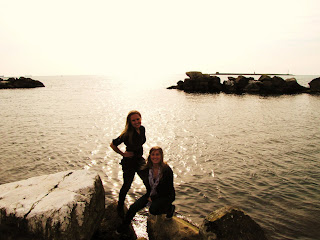